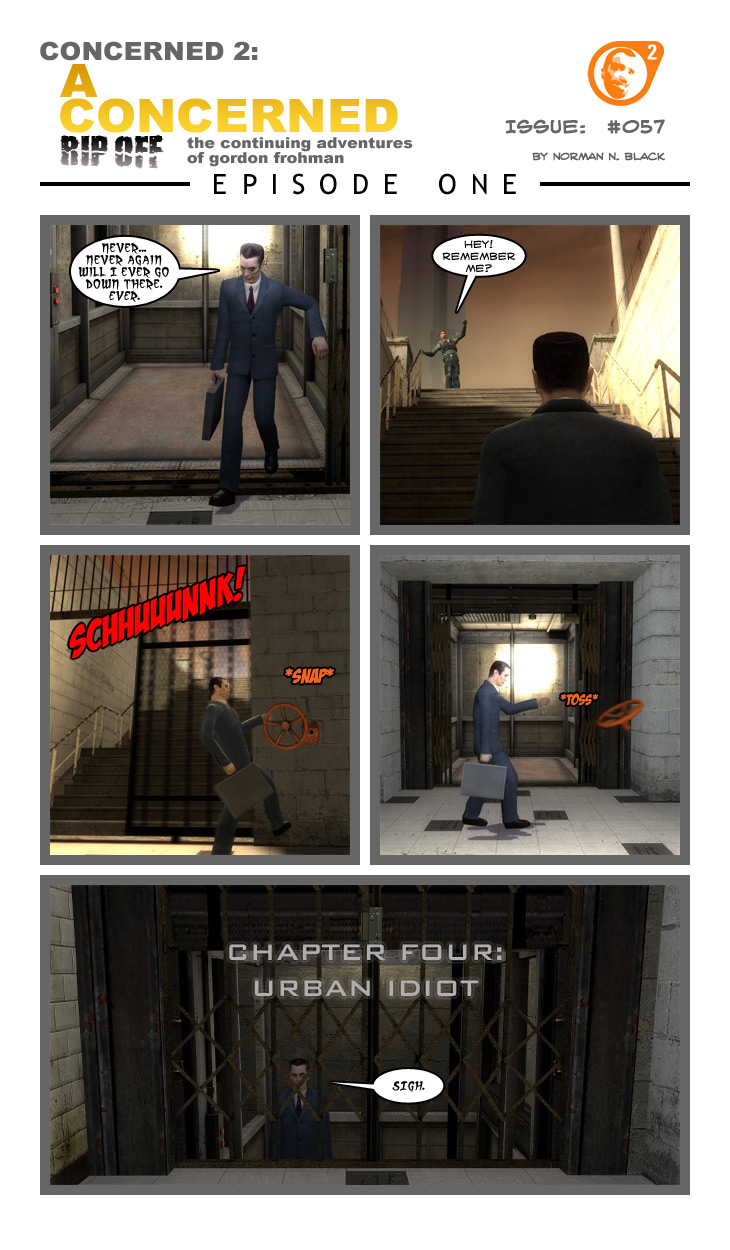 So because of the lack of updates recently, I decided to try to make it upto your guys by posting another comic on the same week. Such an act has beenunheard of and will spawn many legends about how this site once was updated sofrequently in one week that the universe almost imploded, requiring ChuckNorris to save the very fabric of space-time from tearing apart.

In the developer commentary from Valve, they talked about the lack ofthe G-Man in Episode 1. They claimed that after the appearance of the Vortigauntson top of the Citadel, and the actions that took place during Episode 1, thatthe G-Man somehow lost track of Gordon Freeman and was unable to find him againuntil Episode 2. My version is that he just hates the underground section ofEpisode 1 and doesn't want to follow Gordon Freeman back down there. But hewill go back down there just to escape from Frohman.

Reply SupermarioPS
10:32 AM on February 27, 2010
Whoa! This one was really fast in developing! Also this one solve the problem why always the wheel is never at his needed place! Sigh, i really missed G-man.

Reply SeekerPsycho1
11:06 AM on March 5, 2010
I love all the inside jokes. Seems like Frohman is somehow at the root of all the puzzle problems Freeman comes across.

Reply Sleepless in Seatle
5:07 PM on May 20, 2010
nice job.once again.I recently finsished the original concerned and heard about this.Good job

Start a Free Blog at Webs.com