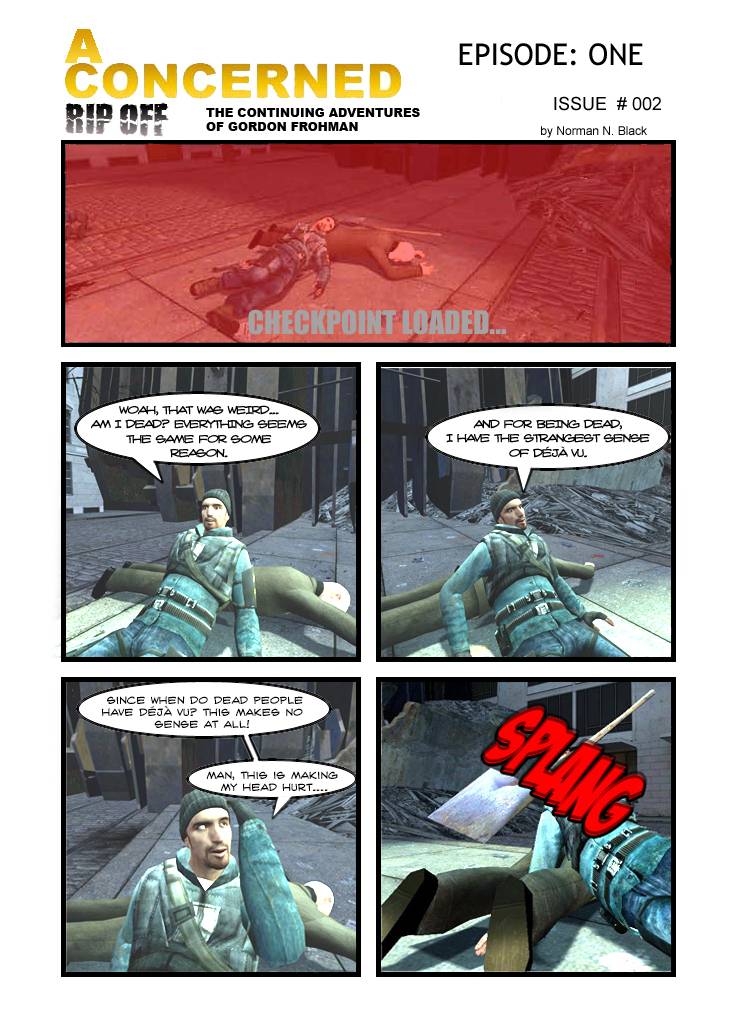 In order to properly give the reader an idea as to what point in time the checkpoint occurred at I had to find a recognizable point in the Concerned time line to reference so the reader would understand when Frohman is when the checkpoint loads. I chose the shovel hitting him in the head part because it was pretty early after he fell off of the citadel tower and more importantly, before he turned off Buddha mode. My plan was to make him confused as to what was going on so that he didn't travel down the same path he did in Concerned (which led to his death) and instead take a different route that involves him not turning off Buddha mode and continuing to live. The final panel was a straight cut out from Issue 201 that I pasted into my comic. I did that mostly because I was lazy and because it was recognizable as the same event.